Concordism refers to the position that the teaching of the Bible on the natural world, properly interpreted, will agree with the teaching of science (when it properly understands the data), and may in fact supplement science. The concordist not only believes that nature and Scripture will harmonize, but sees specific references in the Bible to current scientific understandings of the universe.

Because the concordist holds Scripture as entirely truthful, there cannot be any ultimate contradiction between Scripture rightly interpreted and nature rightly interpreted. In both Scripture and nature, of course, there is the potential for error in the interpretation. Concordism, however, assumes that correlations can be made, believing in a degree of accuracy of interpretation (though not infallibility) in current science and in showing how Scripture supports clear scientific conclusions. … 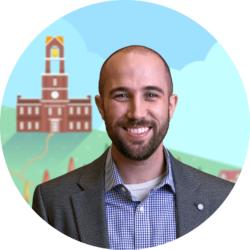 Kurt Jaros is the Executive Director of Defenders Media, where he oversees numerous apologetic web ministries including Apologetics315 and his weekly podcast, Veracity Hill.

The mission of Apologetics 315 is to provide educational resources for the defense of the Christian faith, with the goal of strengthening the faith of believers and engaging the questions and challenges of other worldviews. By providing an accessible and growing repository of teaching materials, as well as providing a means of networking within the apologetics community, our vision is to be a significant educational resource for churches, campus groups, and Christians around the world.

The mission of Apologetics 315 is to provide educational resources for the defense of the Christian faith, with the goal of strengthening the faith of believers and engaging the questions and challenges of other worldviews.

Defenders Media provides media solutions to an alliance of evangelistic ministries that defend the Christian worldview. We do this by elevating the quality of our members’ branding to match the excellence of the content being delivered.